On 12 February 2014 I wrote the part 1 of 14 parts on this series.   Ten months later the hexagon quilt or coverlet as I now like to call it is finished.   Like most things in life work did not map exactly as planned, creativity allows flexibility.   Initially The Coverlet was going to drape the bed completely, some months ago the plan changed because I felt the the bedroom would be swamped by colour and would remove the relaxing mode vital to the place you sleep.

I have some hexagon rosettes remaining and with those I plan to remake by sewing machine the bolster pillows already on the bed and I may even restyle the bedhead.

From one spare curtain, plus additional complimentary fabrics from my collection,
each hexagon has been a joy to create, each stage a pleasure to view and the final result pleases me enormously.  Midway making my partner of 20 years unexpectedly proposed to me and we married within five weeks in May.  Its been a wonderful year.

I have created a little video clip to show the end result https://www.youtube.com/watch?v=aSWJBAWXpqg

Patchwork paper templates can be purchased from www.patchworktemplates.co.uk and links will take to further gallery images.

For those who have been following progress I hope its been enjoyable too. 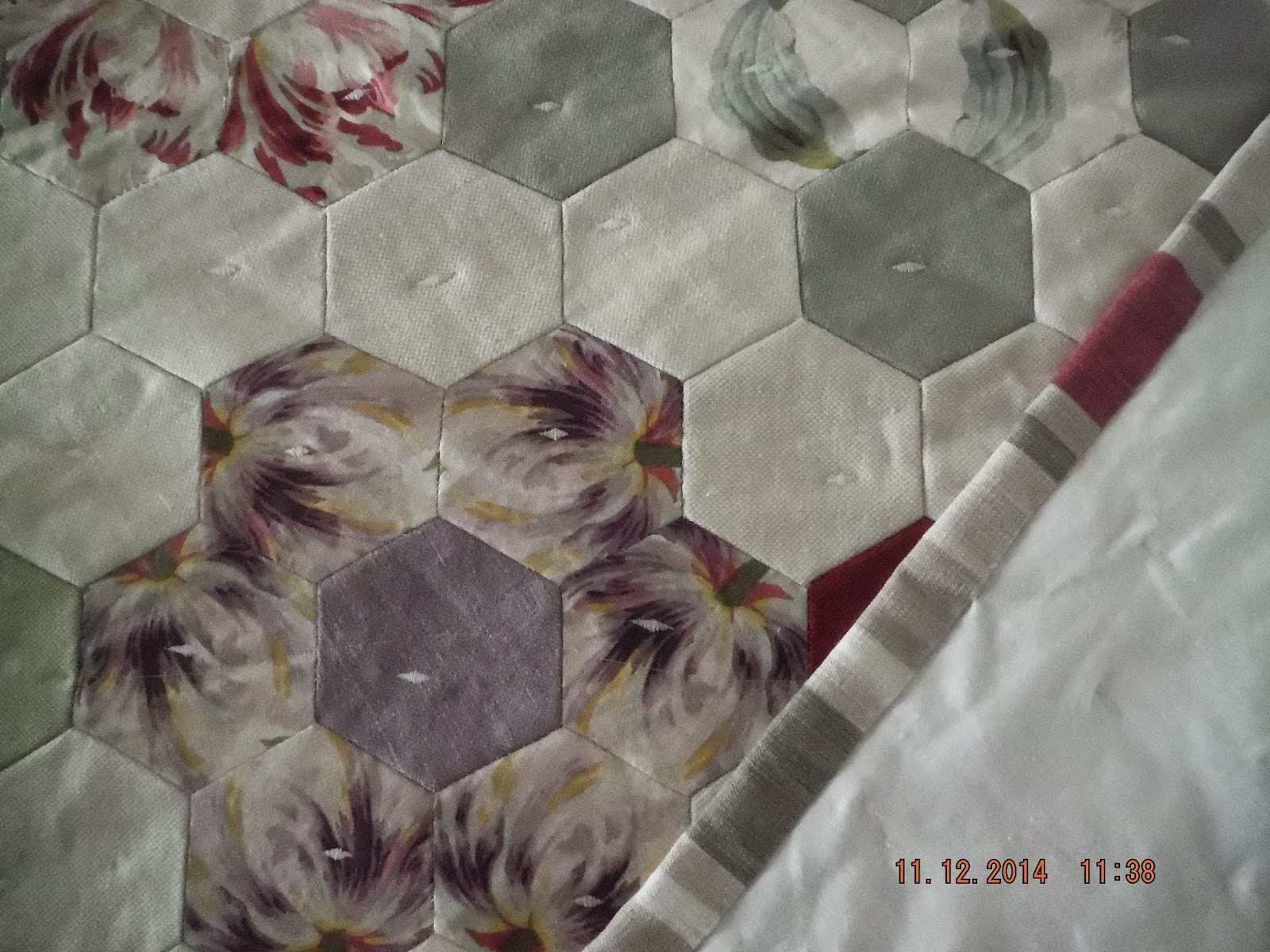 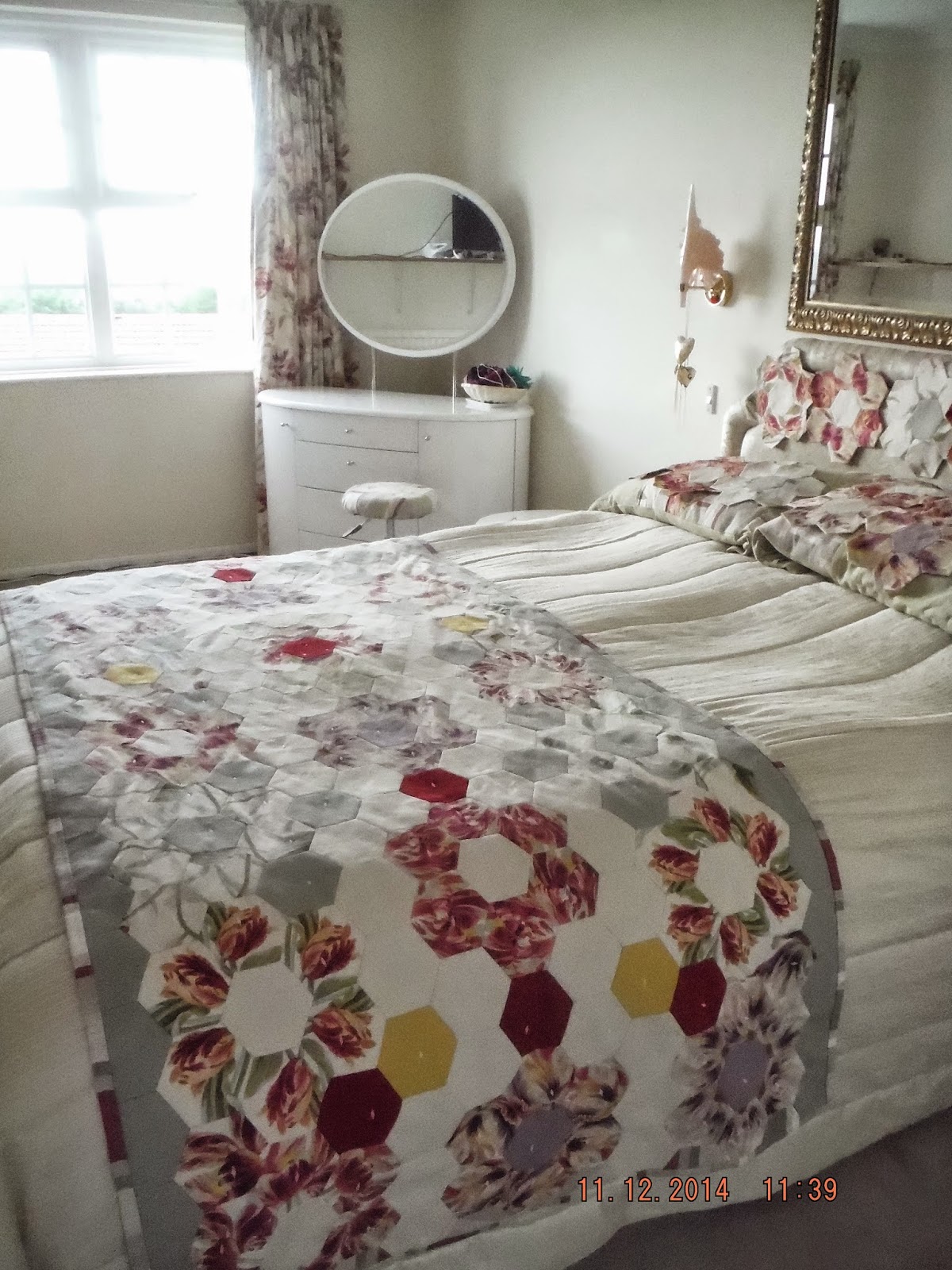 Its beautiful ! So inspiring !